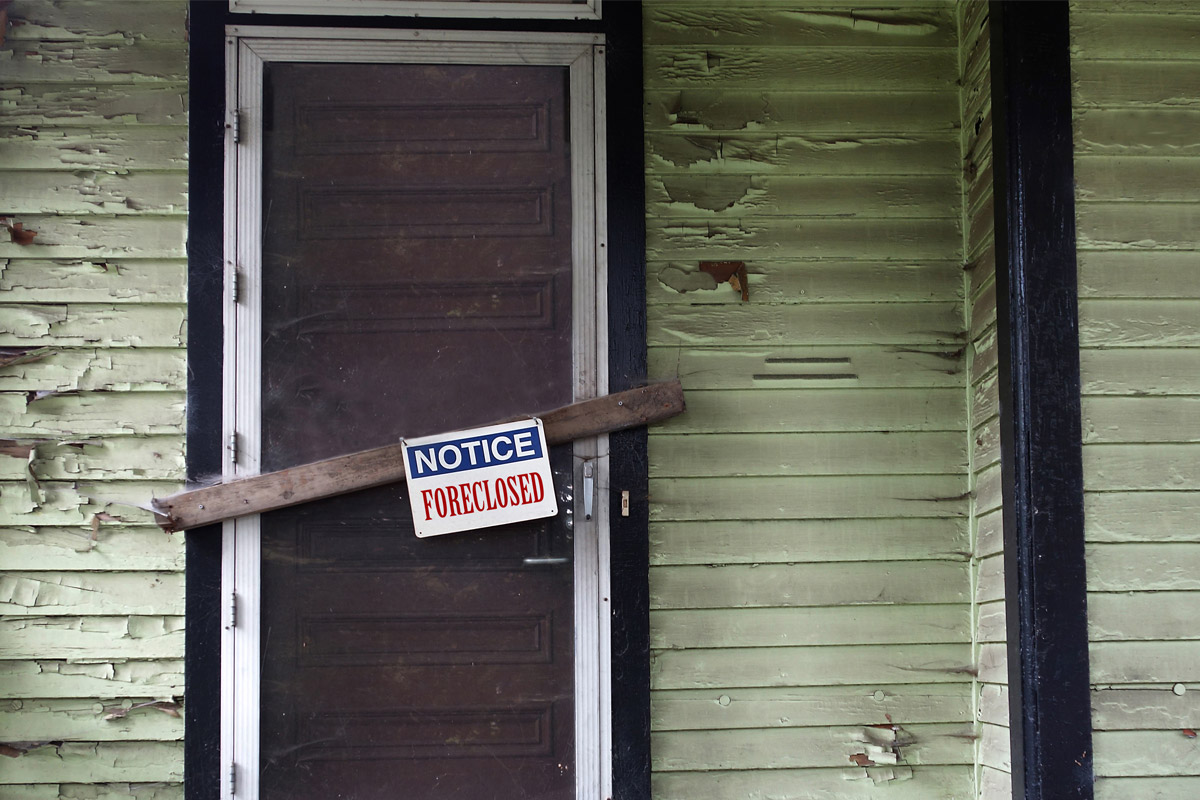 How Land Banks Stay Ahead of Anti-Blight Laws

“One of the most critical problems facing federal, state and local governments, city planners and lawyers alike is the improvement of housing conditions throughout the nation. This problem, though more pronounced in the cities, is not confined to them. Because of its cancerous growth, inadequate, unsanitary, unsafe and unfit dwellings can be found in almost all populated areas of the United States.”

While the lingering effects of 2008’s subprime mortgage crisis make this statement feel relevant today, it actually comes from the Villanova Law Review—in 1972.

Clearly, blight has been on the minds of regulators for years, and the problem isn’t going away anytime soon. Nearly 1.5 million single-family homes and condominiums in the United States were temporarily vacant at the end of Q3 2018, meaning they weren’t being actively sold or rented. These blighted homes (also known as “zombie homes ”) impact public health and crime levels, and they also cost property owners, neighbors and the community a pretty penny— $155,000 for each home in the first year alone.

The U.S. Treasury Department has made moves to modernize anti-blight laws, and local and regional players have enacted laws or implemented programs to address zombie homes. Land banks, which are public or community-owned entities that purchase, maintain and repurpose abandoned or foreclosed homes, can help alleviate blight for communities—yet they’re also hit the hardest by changing statutes on a local and federal level.

Here, we’ll break down how land banks not only cope with anti-blight laws but also work to stay ahead of them.

Although the number of zombie homes has reduced dramatically since the Great Recession, there are still far more of them than before the housing crash. It’s important for land banks to limit liability in previously procured homes by prioritizing properties posing high health and safety threats, ensuring they are first in line for rehabilitation and repair.

Health risks can include lead poisoning from old construction, respiratory illness from breathing in mold or even exposure to cancerous toxins emitted from rotting homes. Safety issues can include broken floorboards and insect infestation, and vacant homes also provide a haven for criminal behavior or squatters.

Trespassing causes a lot of headaches for land banks. For example, the city of Hartford, Connecticut, found that it had spent $2 million responding to blight issues such as trespassing.  The city now penalizes owners of blighted homes by charging them about $1,250 for a special assessment of their property.

Other municipalities fight trespassing by posting no trespassing signs, putting up fencing, and issuing on-the-spot tickets to trespassers. These actions help protect zombie homes from further deterioration or damage.

Land banks also can selectively and strategically demolish blighted homes. For example, Detroit  dealt with a major blight crisis. The average cost to demolish a house was $20,000. The average cost of renovation? $70,000. In some cases, demolished properties can be repurposed as community gardens more quickly than they can be refurbished into compliant homes.

Create a framework for compliance before new blight occurs

Land banks are often forced to wait many years to take advantage of state abandonment laws or to free a home from a complicated tax sale. All of these years add up to increased risk for land banks and the communities where the properties are located while the blighted homes remain vacant.

To mitigate risk, land banks can work with municipal authorities and local communities to create formal registration programs and better tracking and rehabilitation initiatives. These programs and initiatives not only assess how homeowners maintain zombie homes, but they also are mechanisms through which to enforce compliance with various laws and codes. For vacated or rented properties, programs can originate with owners. For vacant pre-foreclosed and foreclosed properties, initiatives can take the form of partnerships with separate for-profit companies and more prescriptive and proactive requirements for how zombie properties are to be maintained.

During times when the market is strong, land banks can also develop foreclosure prevention programs designed to help keep people in their homes, and they may also develop renovation initiatives to prevent blight in the future. In Ohio, for instance, land banks won $80 million from federal outlays to combat blight to support foreclosure prevention and blight removal. Meanwhile, community engagement programs like Kansas’ SOAR initiative and New York’s Neighbor for Neighborhoods empower members of the community to help maintain vacancy registries, participate in crime-fighting initiatives, and consider homeownership.

As of January 2018, an estimated 170 land banks and land banking associations are in operation across America. It’s safe to say that many more will be joining the ranks of the Detroit Land Bank Authority, Michigan Association of Land Banks and New York Land Bank Association.

Some land banks have found that cozying up with communities really helps to battle blight. For example, after Lucas County Land Bank developed an initiative to demolish or renovate a home a day, they made sure to keep neighbors involved, aware and supportive of their activities. Generating goodwill requires taking time and spending money to lay a solid groundwork with community stakeholders, but this goodwill can help build political capital to leverage later on concessions or adjustments to current ordinances.

Harvard University’s Joint Center for Housing Studies found that “despite some short-term progress since the recession, the long-term prognosis is grim.”  Land banks, with the collaboration of strategic partners, can help turn this around, however, by combating blight at its root—at local and state levels.