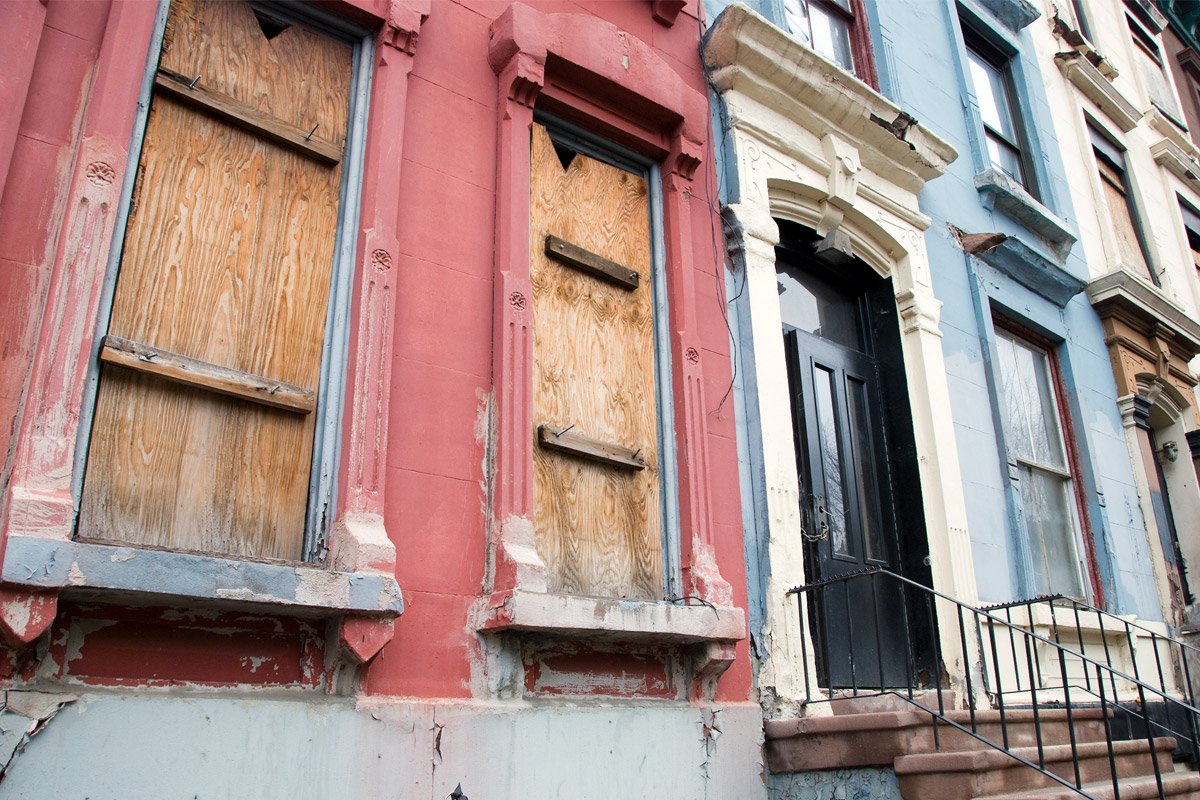 The Best Strategies for Breathing Life into Zombie Properties

It’s been over 10 years since the housing crisis, and although the pace of foreclosure filings in the United States is substantially lower, the process can still take many years. At the height of the crisis, more than 300,000 vacant or distressed one- to four-bedroom homes, or “zombie properties,” sat languishing across the country. Today, more than 9,000 of these zombie homes are still stuck in foreclosure with mortgage liens.

Left in limbo, zombie properties deteriorate at a faster pace and often attract nuisances, such as squatters or even criminal activity—all factors that can cause blight and greatly decrease property and neighborhood values. Given these challenges, mortgage servicers have an incentive to address the issue, but many zombie homes are in such disrepair that servicers are reluctant to pay for the costly repairs they need.

Altisource’s Field Services team suggests addressing the problem using a strategic three-prong approach: The first prong is legislation that helps mortgage servicers address zombie property upkeep, especially in states with high numbers of these homes. Second, states can fight the effects of blight with legislation that speeds up the foreclosure process. Finally, technology and community action provide solutions that prevent property values from declining due to deteriorating zombie homes.

Tackling the problem at the state level

According to an August 2019 report, more than 1.5 million single-family homes and condos in the U.S. are vacant. That’s 1.6% of all homes. This includes 9,612 unmaintained homes or properties classified as “zombie.” The highest numbers of zombie properties are in New York (2,428), Florida (1,634), Illinois (985), Ohio (891) and New Jersey (463). To help combat this issue, some states are taking legal action to make it easier for local code enforcement officials to identity and mitigate risks.

New York State passed the Zombie Property and Foreclosure Act of 2016, aka the “Zombie Law.” It requires mortgage servicers to inspect, maintain and secure properties with unpaid mortgages. Previously, mortgage servicers were only obligated to maintain zombie properties after judgments of foreclosure and sale were obtained. This created a Catch-22: unmaintained homes frequently fell into disrepair while they waited for new owners.

New York’s legislation places the responsibility of maintaining properties squarely with mortgage servicers. Rather than wait for time-consuming judgments of foreclosure or sale, a mortgagee now must maintain and secure a property as soon as it becomes vacant or face civil penalties of up to $500 per day for each violation issued.

More recently, in 2019, New York Attorney General Letitia James announced “Zombies 2.0,” a continuation of an initiative started in 2016 that provided $13 million in grants to address blight and housing vacancies. The new grant will provide an additional $9 million in grants in an effort to either allow previous grantees to continue their work or support new recipients. Another grant of just under $500,000 from a non-profit organization is also helping Lelia Bozorg, New York City’s Deputy Commissioner of Housing Preservation and Development, assemble a new zombie team to locate abandoned homes and convert them to affordable housing. According to Bozorg, that generous grant will help her department “take the crackdown to a whole new level.”

Ohio, Maryland and six other states have recently passed similar foreclosure legislation to quickly fight blight. This process—which can take as few as six months in many circumstances—helps mortgagees take possession of homes before they deteriorate.

Fast-tracking the foreclosure process also provides protections for existing homeowners and purchasers of foreclosed properties. For those who want to stay in their homes, new regulations allow owners to challenge any finding that the property is abandoned.

Various interventions also help new homeowners purchase and renovate zombie homes more quickly. In New York, for example, legislation requires homes that have gone into foreclosure to move to auction within 90 days of the foreclosure judgment. Mortgage servicers must also ensure that properties are reoccupied within six months of taking the title. They are encouraged to do so by establishing electronic registries of vacant and abandoned properties, which helps new homebuyers and agents assess the inventory of foreclosed homes.

Legislation not only helps maintain homes and prevent them from falling into disrepair by solving several systemic problems related to zombie homes, it also makes neighborhoods safer and more livable which helps improve overall property values.

It takes a village

Along with legislation, community action and technology also serve as tools for preventing blight and mitigating the effects of zombie homes. As neighborhoods start to turn around, local stakeholders such as building inspectors, bank officials, homeowners association inspectors, attorneys and real estate service companies like Altisource can help continue to make improvements simply by addressing issues in neighborhoods as they occur.

Updated technology can help streamline and automate aspects of record keeping. In New York, a customized inspection form gathers data about properties up front. These local and technology-driven initiatives can work alongside mortgage servicers to prevent and reduce blight. Municipalities are also making it easier for residents to get involved by setting up special hotlines and websites. For example, residents can call 311 to report zombie properties to the Center for NYC Neighborhoods, or visit the organization’s website at nyc.gov/zombie-homes.

Altisource’s team of Regional Field Service Managers (“RFSM”) are doing their part by becoming eyes and ears of multiple communities. In one case, they rely on a “Daily Vacant Report” of all newly vacated New York assets to identify and complete initial inspections of zombie homes. Field agents can also leverage a mobile app that helps to expedite work orders by segregating zombie properties by work “within” and “outside” delegated authority and routing it for approval accordingly in the system of record.

Cities also build models that use machine learning and complex data sets to help target not only zombie homes, but general blight. The city of Detroit created an app called Blexting, which allowed a team of volunteers to photograph the front of each property and answer questions about its estimated occupancy and vacancy, estimated use of property (residential or commercial), fire damage and condition of property.

The data collected through the app was reviewed in real time by city staff at a mission control center. Of nearly 85,000 commercial and residential buildings and empty lots, close to 100% of them were either deemed seriously deteriorated (40,000) or were considered at risk for future blight (38,000). Once damaged and at-risk properties were identified, the city’s task force could begin to intervene.

Finally, in some cases, the simplest low-tech solutions can also be the most powerful. In Monroe County, New York (where there were an estimated 1,000 zombie homes), a volunteer task force helped the State of New York Mortgage Agency handle light landscaping, paint porches, repair railings and install windows on zombie homes in their area.

Altisource is doing everything we can to help by working with governments, organizations and clients to identify and reduce the issue of zombie properties. You can get involved too. Contact your municipal governments to learn more about actions you can take.